Prospective patients often contact us to ask various questions about our practice. To save you time, we've collated our answers to those frequently asked questions here. We've grouped them in three categories: finance-related, services-related and questions about psychiatrists compared with other mental health providers. Of course, if you don't see your question listed, or if you need some clarification, you should always feel free to get in touch. 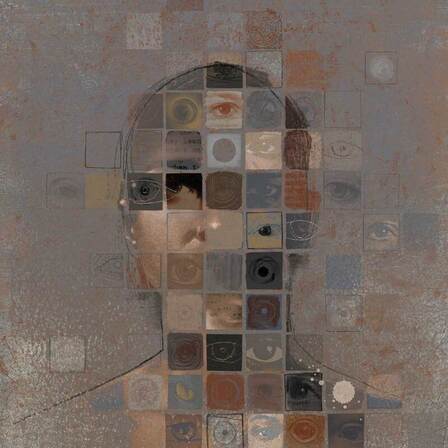 Do you take insurance?
No. Like many private psychiatry practices, we are not in-network with any insurance carriers and do not bill them directly. However, we do provide a "superbill" with which patients may claim out-of-network benefits. Certain insurance plans, such as PPO plans, will accept such documentation subject to policy terms. To check how much you would be reimbursed, contact your carrier and quote the following CPT code pairs: both 99204 & 90838 for the initial evaluation, and both 99214 & 90833 for follow-up appointments.
Do you take Medicare?
No. The practice does not take any insurance, including Medicare. However, we do provide a superbill to support claims for out-of-network benefits. You would first need to check with your insurance provider to ascertain whether your policy provides for such benefits.
Do you offer free consultations?
Unfortunately, due to the volume of patients, we are unable to offer free consultations. The only route to become a new patient at our practice is to schedule an appointment for an initial psychiatric evaluation. However, you are welcome to get in touch by email to clarify anything before booking.
When will my card be charged?
New patients are requested to provide valid payment details when booking their initial evaluation. These payment details are vaulted securely by our payments processor. Your card will be charged after each appointment according to the prevailing fees schedule. In advance of each appointment, we pre-authorize the card to ensure that the payment details are valid. This pre-authorization is not a charge, but instead reserves an amount on your card that can be charged after the appointment.

What are the pros and cons of tele-psychiatry?
For patients, the pros are obvious. You can seek care at a time and place that's convenient to you. Forget about a stressful, time-consuming trip and the potential awkwardness of a psychiatrist's waiting room. Just grab your mobile or laptop to connect with your doctor. You don't even need to get out of bed!

At a macro level, the flexibility of tele-medicine can also help fill shortages in the availability of psychiatric care. Psychiatrists are generally scarce, but in some regions of the United States they're an endangered species. This is often the case in rural communities, but even some cities face extreme shortages. For example, according to the American Board of Psychiatry and Neurology, only about 50 psychiatrists are based in Fort Worth, which is home to nearly a million people. By contrast, a similarly sized population in Boston is served by 10 times as many psychiatrists. Some states have attempted to tackle this regional scarcity problem by liberalizing the ability of nurses to practice independently. However, the broader adoption of tele-psychiatry offers an alternative way to alleviate regional scarcity without compromising on expertise or the quality of patient care.

So what's the catch? Well, not much. Unlike most other medical specialties, psychiatrists typically don't need to perform physical evaluations. So psychiatry is uniquely placed to take advantage of modern technology. The main drawbacks are regulatory. First, since medical licensing is done by states, patients must be physically located in a state in which their doctor has permission to practice. According to the Federation of State Medical Boards, 94% of physicians are licensed to practice in just one or two states (although at Apraku Psychiatry we cover more ground). Second, federal law places restrictions on providers' ability to prescribe controlled substances through tele-medicine. This narrows the potential set of treatments that can be offered, although controlled substances are anyway not indicated for most psychiatric problems. If they are, your provider will say so and may be able to work with your primary care provider to have them prescribed.
What problems do you treat?
​We treat a wide range of psychiatric issues facing adults. Common issues include depression, anxiety, bipolar disorder, obsessive compulsive disorder and post-traumatic stress disorder. We also give guidance for mental health concerns related to life transitions, attention difficulties, mood swings, anger and problematic eating.
Do you treat attention disorders (e.g. ADHD)?
Yes, but with two caveats. First, a definitive diagnosis of attention disorders such as ADHD may require an in-depth neuropsychological evaluation, which we do not provide, but if necessary we are able to refer you to someone who does. Second, first-line treatment of ADHD often includes medications that are controlled substances, which we do not prescribe. Nevertheless, certain non-controlled medications can be indicated for ADHD treatment, and if you are open to these treatments we would be glad to see you for an evaluation.
What are the treatment options?
​Treatment options will be discussed in detail during your appointment. Depending on your situation, they may include prescribed medication. Complementary treatment may include lifestyle advice and talk therapy as well as referral to a trusted therapist for a specific type of therapy that is known to be effective for your condition. In addition, we believe that patient education is an integral part of the healing process. Knowledge about what ails you is often the first step to overcoming it. We therefore take the time to educate you about the science underlying your condition.
Do you prescribe medications?
Yes, medications will be prescribed where clinically indicated. However, there is one exception to this: the practice does not prescribe controlled medications, which includes stimulants ((e.g. Adderall and Ritalin), benzodiazepenes (e.g. Xanax and Klonopin), and some sleep medications (e.g. Ambien and Lunesta). If a controlled substance is medically indicated, we will say so and may be able to work with your primary care provider to have it prescribed.
Do you do therapy?
​The primary services offered at Apraku Psychiatry are diagnosis (figuring out what's wrong), psycho-education (teaching you about the science underlying your condition) and medication management (identifying which medications might be appropriate, if any, and prescribing accordingly). In the process of dialogue, your psychiatrist may also provide some supportive talk therapy. Depending on your situation, this type of therapy may not be an adequate substitute for regular, high-frequency meetings with a dedicated therapist, such as a psychologist. As part of your treatment plan, your psychiatrist may therefore recommend that you also see a therapist for a specific type of targeted therapy. If this happens, we will support you by providing referrals to trusted therapists who specialize in providing the therapy you need.

What is a psychiatrist?
Psychiatrists are specialized medical doctors who have completed a four-year specialty training program ("residency") in addition to earning a medical degree. For more information on what it takes to become a psychiatrist, click here.
What is the difference between psychiatrists and psychiatric nurses?
Psychiatrists are medical doctors who have spent at least 12 years in higher education. Registered nurses hold an associate's or bachelor's degree in nursing, which can take around two years to complete. Some nurses pursue additional training to earn a master's degree in nursing, allowing them to practice as psychiatric nurse practitioners, usually under the supervision of a medical doctor.
What is the difference between psychiatrists and psychologists?
Psychiatrists and psychologists provide complementary mental health services. While psychiatrists typically focus on biological modifications through medication management, possibly in combination with some therapy, clinical psychologists are exclusively trained to facilitate behavioral modifications through therapy, and may specialize in providing a specific type of therapy that has proven effectiveness in treating certain conditions.